You are here: Home / All Posts / How absolutely horrifying

Some news are so horrifying one can hardly believe one’s eyes. Like in this instance:

Lesbians living in South Africa are being raped by men who believe it will ‘cure’  them of their sexual orientation, a report has revealed.

Women are reporting a rising tide of brutal homophobic attacks and murders and the widespread use of ‘corrective’  rape as a form of punishment.

The report, commissioned by international NGO ActionAid, called for South Africa’s criminal justice system to recognise the rapes as hate crimes as police are reportedly failing to take action over the spiralling violence. 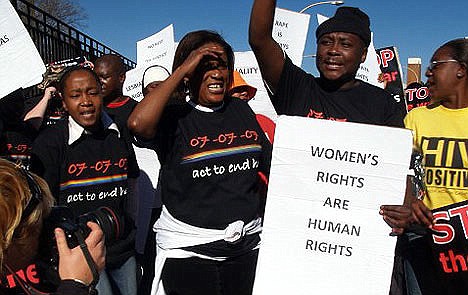 The extent of the brutality became clear when Eudy Simelane, former star of South Africa’s national female football squad, became one of the victims last April.

Simelane, one of the first women to live openly as a lesbian and an equality rights campaigner, was gang-raped and beaten before being stabbed to death 25 times in the face, chest and legs. 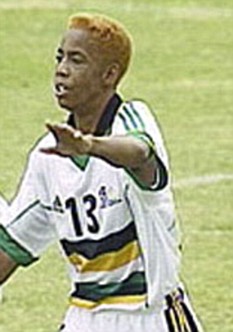 Eudy Simelane died after being gang-raped, beaten and stabbed 25 times

Triangle, a gay rights organisation, said it deals with up to 10 new cases of ‘corrective rape’ every week.

Okay. First, rape is not a “hate” crime. It’s a crime, period. Doesn’t matter why you rape. It matters that you rape. Second, what the heck kind of “culture” puts up with idiots “explaining” that rape will “cure” homosexuality? (“Oh yeah, so far you weren’t interested in men and that’s because you hadn’t been raped… let us show you how nice men can be.”) This is by no means the first disturbingly outrageous thing coming out of that country. Yet authorities there are, at best, sluggish to respond. I don’t have a solution. The only thing I can think of at the moment is adding my voice to those demanding an end to the brutal mistreatment of South African women so that is what I am doing. If you have a better suggestion, please send it in.