You are here: Home / All Posts / Post-natal abortion in Canada 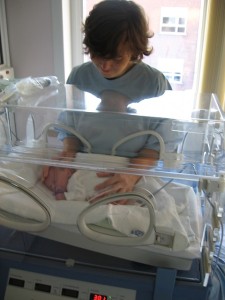 Once we’re considering euthanasia for adults, we move to the euthanasia of babies:

Doctors would be justified to end the lives of some terminally impaired newborn babies, says a prominent Canadian bioethicist in a report that pushes the country’s euthanasia debate into provocative new territory.

Much of the discussion of physician assisted-death in Canada has centred around adult patients capable of making known how they want to end their lives.

This is perspective that I don’t hear often enough:

In a counterpoint to Prof. Schuklenk’s article, theology professor Gilbert Meilanender of Indiana’s Valparaiso University said patients should not be subjected to aggressive treatment if it is futile, but they should also not be intentionally killed, either.

“That would be to think of ourselves … as people who are fit to exercise a kind of ultimate authority over the life of another,” wrote the former ethics advisor to U.S. President George W. Bush. “If we simply sweep such children off our doorstep every morning with euthanasia, medicine will never learn better ways to help them and others like them.”