You are here: Home / All Posts / An event to discuss “paper abortions” for men

Yesterday, we learned of a man suing a random woman, with whom he had sex of his own free will, because she got pregnant and kept the child. He didn’t want a child just yet, rather instead, wanted to get married, with a non-random woman, and have children at the time of his choosing, all traditional-like.

When men use women for sex who subsequently don’t get pregnant, we never hear about it again.

Women who use men for sex are also out there. And we do hear about it more, because they do so using what is at their disposal, which can sometimes include pregnancy.

A sidenote: Sex, by design, was never intended to be used to use people. It was intended to bring people closer together. The risks of using someone when you have sex outside marriage go up exponentially. If you are married, in theory, you are connected in every possible other way: financial, spiritual and emotional. Sexual connections are one of many connections, and because you are being intimate on so many levels, sexual intimacy is at lesser risk of being used for malicious purposes. Though it is not totally impossible and this is why it’s wise to be wise about who you marry. This is also why it is wise to put safeguards, or fences, around sexual activity of any kind–because it is an area rife with abuse, and when people are abused sexually, it is the most damaging, painful, difficult to overcome type of abuse.

Generally, today, any concept of putting safeguards around sexual relationships is scoffed at as being totally and utterly ridiculous.

Today’s understanding of sex–which is apparently not ridiculous–is that Cosmo has the right idea. Sex is for the titillating excitement of trying new positions, or “making your man crazy!” or some other such completely ridiculous nonsense.

The sexual revolution has told us that sex is not for intimacy, but rather for fun.

And so, men use women and women use men, sometimes by having children when they said or perhaps thought they wouldn’t.

When children are born under these circumstances, it gets ugly. Because there is a child in the picture and that child needs a mom and a dad, but due to acrimony between those supposed adults, that child will now spend most of their formative years in a court system, where a judge will force one or the other, or both of said child’s parents to act like an adult.

Generally, these days, in that court system, the men are treated poorly, though I’ve known cases where the mother suffered at the hands of an effective liar of an ex-husband.

Yesterday I wrote that the man who sued that random woman he had sex with for actually having the audacity to bear a child instead of killing it in utero could, and perhaps logically should, win.

Today I learn of a formal lecture discussing “paper abortions”–the idea that men should be able to walk away from women and children as their choice.

Given that women can at any point do away with their pregnancies for any reason or no reason at all, should men be allowed to do the same?

Morally, they shouldn’t, and neither should the women, which is kind of why I blog here semi-regularly.

Legally, we have a conundrum, because the state will use all its power to make sure the child doesn’t end up as a ward of the state, which, we can all agree is less than ideal for so many reasons.

This event will be held at the University of Ottawa, January 20, Room 509, Arts Hamelin Building, 70 Laurier Ave, 7 pm.

Five dollars cash at the door. 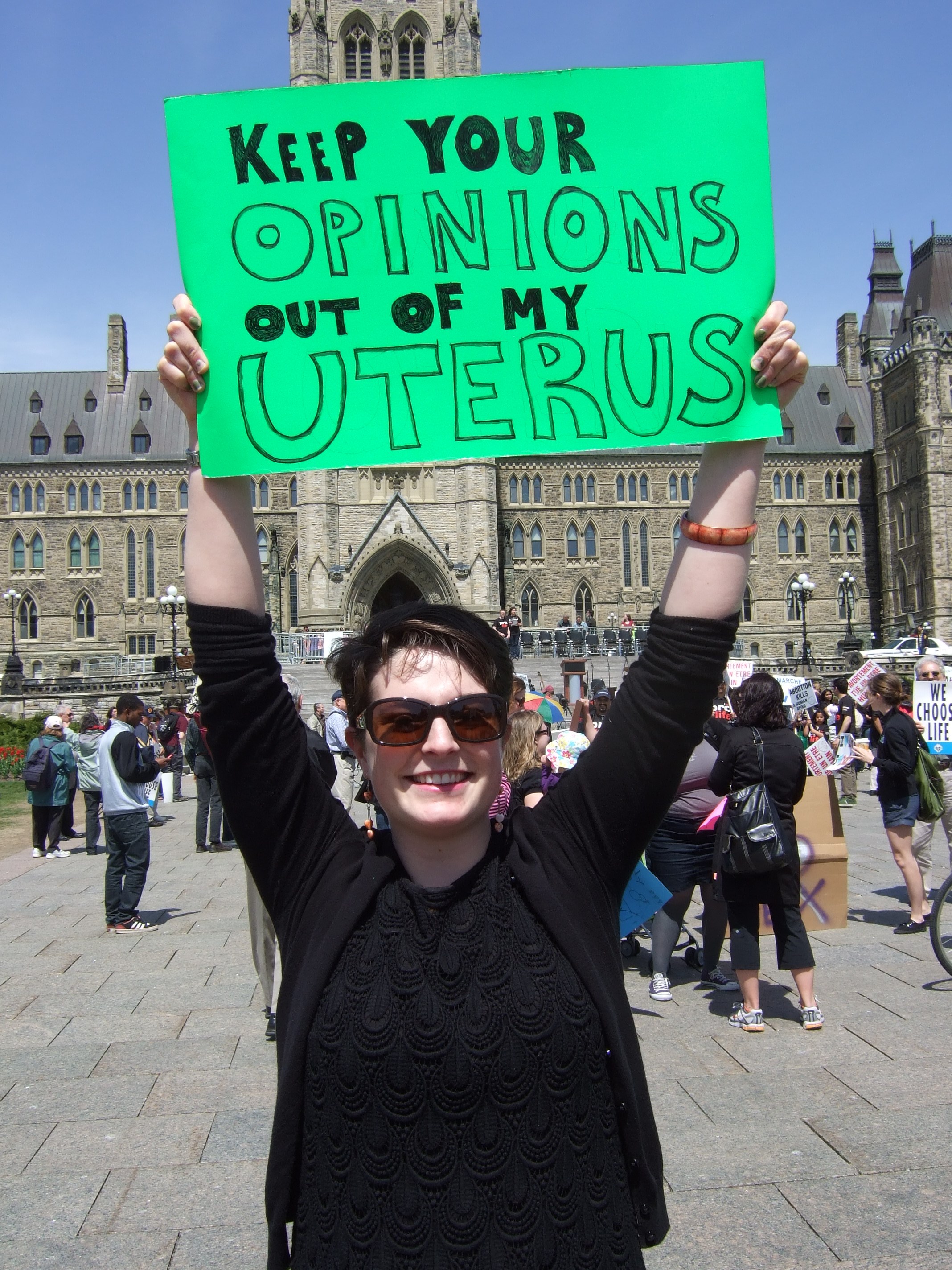 Men are starting to say “Keep your opinions out of my pocketbook.” Should they be allowed?