You are here: Home / All Posts / “The choice” versus hope

Abort, or hold a person until he dies and maintain hope:

Dustin and Sierra Yoder, from Sugarcreek, a small town in Ohio, knew that Bentley had a rare condition in which his brain was growing outside of his skull. Sierra Yoder said doctors told them that their son would not live long past his birth. If he didn’t die, she said doctors warned, he would live with no cognitive function.

She said she and her husband were urged to consider abortion – and they did – but the night before the procedure, they chose to continue the pregnancy.

But the couple started to wrestle with their decision, still wondering whether they should abort or deliver him and hold him until he died. “The night before the procedure, I told Dustin I couldn’t do it,” Yoder said. “He had a big sigh of relief. He was very happy.”

No one quite knows what Bentley’s future will look like but, his mother said, the Yoders have hope again. “Because of how different his brain really is, they have no one to compare him to,” Sierra Yoder said, adding that the doctors think “he will have a rewarding life. We just have to take it step by step.” 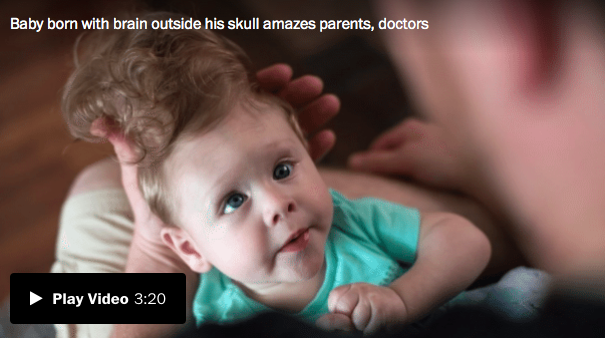