You are here: Home / All Posts / There is a plan for our lives that is not of our making

Recently I’ve encountered a few more folks saying they are Christian and pro-choice. They will tell you the Bible never mentions abortion so this issue certainly ought not be as important to Christians as it is to some. They will go on to tell you what is truly important to God (no less), based on the number of biblical references. It is its own kind of legalism, but I’ll return to that a bit later in this post.

These folks have caused me to consider both what they are getting wrong and also–and more importantly–what I am getting wrong as a somewhat public pro-life advocate who is also a practicing Christian. This post is for Christians–though of course if you found us and aren’t one–you are a welcome reader.

First then, what am I getting wrong?

I’m putting too much emphasis on abortion. Let me explain.

Abortion is an outcome of a host of other aspects of life gone (or going) wrong. In a purely practical way, abortion is the result of pregnancy when birth control fails, when relationships are not firmly established or not truly loving. It is the result of the egregious abuse of rape. It is a result when we don’t value mothers and we don’t value children as a society and therefore having a child stands as a barrier on a pathway to success.

Going a bit deeper, and turning toward Christianity, abortion is the outcome when we do not rely on God. We do not trust He is good in all circumstances. He might be good in some circumstances, but not all, and not this one. This circumstance is unwanted and God clearly did not understand or see just how unwanted, therefore, this abortion (aka my abortion) is not wrong.

I’ve always believed women know exactly why they are getting abortions. They are not confused about what is going on, particularly not today in an age of fetal medicine and in utero photography. We know why timing is of the essence in abortion–because the baby grows more self-evidently child-like every day. Women know that if they wait too long for abortion, they will have a baby.

Where abortion is made into a valid option, it stems from the idea that I control my life and that certain circumstances have no purpose. Extending from this, certain people have no purpose.  [Tweet “Does my life only have the purpose that I give it?”] For non-Christians, depending on their worldview, this may be true. But for people who believe in God, it is not. Purpose is found in everything, regardless of whether it was precisely wanted or chosen.

The world finds purpose in degrees, money and power, not babies. I therefore am not likely to find any purpose in an unplanned pregnancy. By the world’s standards, purpose is commensurate to how I feel about my purpose and what I am told grants me purpose.

This thinking is not Christian–and more broadly, it is not a faith worldview at all. Where we can justify abortion as a valid option, or see it as valid in some circumstances, we are essentially saying our own lives do not have purpose, value or meaning with a pregnancy that we did not plan. Yet the Christian worldview is that God gives us our identity and our meaning and, of course, that each and every human being is valuable, seen and planned, always. God is not scrambling; he does not think the pregnancy is unplanned. He is not saying: oh for crying out loud! I wanted her to get a PhD in biology! Someone, quick, do something!

If I, as a pro-lifer, who happens also to be Christian spoke more of the value of each unique human being and if I were able to convince people, especially women, on this point, I  believe we would see fewer abortions.

So my mistake is speaking about abortion which is a surface level manifestation of a much deeper problem, when I should be speaking of the infinite worth of each human life simply because it is. We are meeting eternal human souls in each and every human being–with the image of God in each and every human being. This is as true of born people as it is of unborn people. And if born people realized it, they would have more time for the unborn people.

This is my mistake. Onwards to the mistake of pro-choice Christians, parsing the Bible to tell us that abortion isn’t in it. “Thou shalt not kill” is good enough for me on the abortion front. (If anyone wants to get into why I am not a pacifist I’m happy to engage that also, but for now, this would make an already too long post longer.) But for those Christians who see abortion as different or more complex, my question would be this: I’d like for you to show me the place in the Bible where God speaks of an unwanted soul. An unplanned person who therefore has no role to play. I’d argue there is no such person in the Bible. The biblical story is one where all play a role.

Of course, the Bible has much to say on other issues. On poverty, the outsider, the marginalized. I’ve said it many times before but I’ll say it again: Abortion is not the only issue and I truly am grateful when others address other issues. I try to, as well, mostly by including those issues in my charitable portfolio.

But when it comes to our time, which is an important resource, alongside money, most people can only choose one cause to be truly active in. No one should denigrate those who have chosen as their main cause to give a voice to the voiceless in the preborn, just as I would never denigrate those who give a voice to the voiceless in fighting poverty amongst those already born.

Long story short: I don’t think it’s possible to call yourself Christian and not think abortion is wrong. The Bible may not mention abortion, but it does have other prohibitions against killing and it doesn’t mention “forced pregnancy” or “unwanted people,” either. 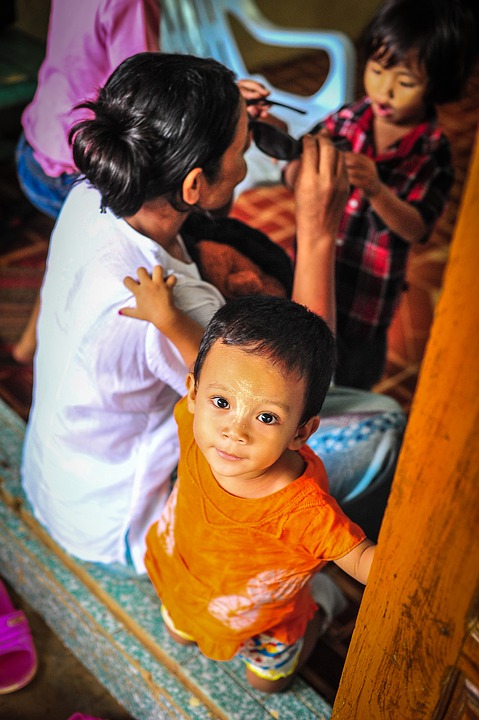 “The soul is healed by being with children.” –Dostoevsky