You are here: Home / All Posts / What the California crisis pregnancy centre court decision really means

I have noticed that there is a lot of misinformation being spread about the NIFLA v Becerra decision that was recently released by the US Supreme Court. (Case in point, this statement.) So let’s set the record straight:

The impetus for the NIFLA v Becerra case was a 2015 law passed in California. Colloquially referred to as the “Reproductive FACT Act”, this law mandated that pro-life crisis pregnancy centres provide information to their clients about how to access a state-funded abortion.

Contrary to the claims of some (pro-abortion) news outlets, this case was ultimately not about the issue of abortion. Not really. While the case involved this Californian law that sought to control the actions of crisis pregnancy centres (CPCs), the crux of this case had little to do with abortion, reproductive rights, or even CPCs.

The truth is that this decision focused squarely on one key concept: free speech.

In his concurring statement in the NIFLA v Becerra decision, Justice Kennedy wrote the following:

Governments must not be allowed to force persons to express a message contrary to their deepest convictions. Freedom of speech secures freedom of thought and belief. This law imperils those liberties.

And this, ladies and gentlemen, is what the entire NIFLA v Becerra case was about. Because, while this Californian law was lauded as a glorious advancement in women’s empowerment, the reality is that it was merely masquerading as an initiative to protect reproductive rights. Behind its thinly-veiled feminist veneer, this law had a much more sinister goal: namely, ushering in the reign of ideological totalitarianism.

You see, this Californian law sought to force CPCs to promote abortion to their clients. Perhaps you, like me, find this deeply offensive because you believe abortion is morally reprehensible. Or perhaps not. But even if you and I cannot agree that abortion is morally wrong, that is beside the point.

The real danger in this law was that is sought to destroy free speech. It sought to enforce the perspective of a select few on the entire population of California.

Perhaps the most ironic fact of all is that, even as pro-abortion groups rage about this outcome, they directly benefit from this decision. After all, it is free speech that has shaped our society in such a way that we are even able to express our displeasures with a Supreme Court decision or have a respectful debate about abortion at all.

So, regardless of where you stand on the issue of abortion – whether you are a radical pro-abortion feminist or whether you, like me, believe women deserve better than abortion – June 26th, 2018 is a day for all of us to remember with grateful hearts. Because, as Martin Neimöller so eloquently stated, limitations of freedoms will inevitably affect us all. 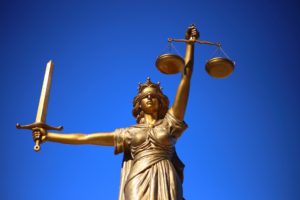