You are here: Home / All Posts / Lobbying

I tend to think of lobbyists as well-suited men sporting slicked-back Pompadours working for some hungry tobacco giant, but today’s lobbyist can come in many forms; an advocate group, a bloc of voters, even a non-profit organization. But the familiar ghost of the Pompadoured lobbyist can still linger in the background. The Pompadour is aware that his image needs work, so sometimes he simply steps back and acts as a puppeteer wearing a kinder, gentler, more philanthropic face. 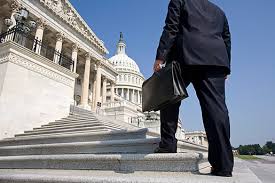 The documentary Empty Handed aims to get people in the west behind initiatives that would supply contraception to women in Africa, a documentary funded in part by the Reproductive Health Supplies Coalition. This super-team is comprised of members like  Bayer Pharma and Pregna, both suppliers of contraceptives, as well as other industry giants who supply the chemicals that make up their products.

Africa is home to over 1 billion people, and if a fraction of those people started taking contraceptives on a regular basis… well, I don’t have to tell you what that would do for the industry. So whenever you watch a documentary, claiming to want what is best for any group of people by offering them a product, just remember that every corporation has a board of directors elected by its shareholders.