You are here: Home / Archives for Madonna 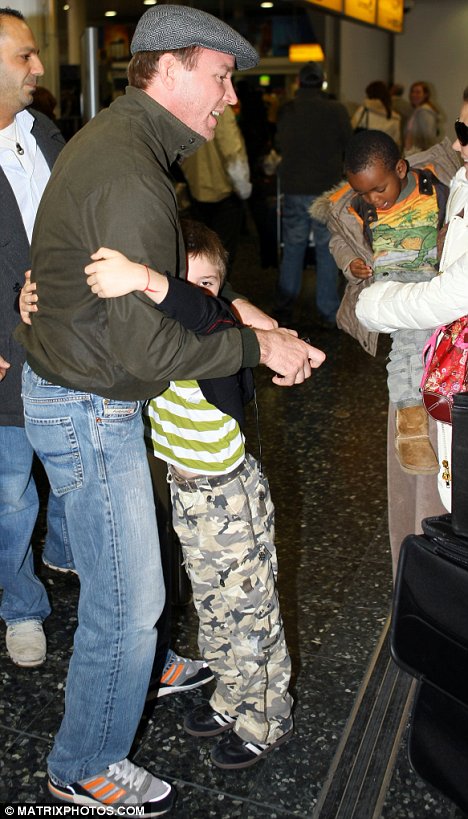 Madonna has twelve inane conditions for the father of her kids in order that he might see them, now that they’ve split. A friend sends me this link with the thought that for some women abortion must always be an option–‘her body, her choice,’ following this, once they have children, the kids also remain part of her body and her choices–she owns and controls them. “At bedtime, Guy should read [the older son] the books Madonna wrote”? Would certainly help if she wasn’t also an egomaniac.

Véronique adds: You’d think that with everything we now know about the effects of divorce on children, parents would at least make an effort to mitigate them, if not avoid them altogether.

This has all the makings of a long, drawn-out, custody dispute. Lots of money. Brains? Not so much. I cannot understand the kind of deep-set self-centeredness that would lead a parent (or two of them) to drag children through this. I just can’t.

It’s hard to imagine Madonna as a Mommy (hey, I remember Truth or Dare). But look! Having kids seems to have tamed the old Material Girl… A bit.

Madonna has a surprisingly tough take on motherhood – she does not let her kids watch television or eat sweets.

Ignoring television is also an authentic punk-rock attitude, she explained.

At 49, Madonna still considered herself a rebel and said she wanted to pass on that attitude to her children.

Andrea adds: That’s nice. But still, I’m guessing it might be hard for Madonna to limit her kids on some things. Take their spending, for example; we are, after all, living in a material world. And she is a material girl. She is THE material girl, in fact.