You are here: Home / All Posts / A Failed Moral Argument for Choice—Part 1: Let There Be Truth

I recently finished reading “Life’s Work: A Moral Argument for Choice” by Dr. Willie Parker, a self-proclaimed Christian abortionist in the United States. I was interested in this book for two reasons: first, since Dr. Parker is an abortionist, his proximity to the practice gives him a unique perspective and opportunity for insight when it comes to the abortion debate that I felt was worth being familiar with. Second, I have become increasingly perturbed by the disconcerting phenomenon of Christians taking a pro-abortion stance and using the Bible to defend their position; thus, I wanted to read Dr. Parker’s attempt to justify abortion using a Biblical framework

Now, as someone who has written a book myself, I have some degree of respect for those who are capable of communicating their beliefs, ideas, and passions in a book. In short, I picked up Dr. Parker’s book with this tentative position of default respect. However, I was surprised—impressed, even—at how quickly he lost my respect. It was not the caliber of his writing that lost me, which was consistently clear, articulate, and grammatically correct. Rather, it was his analysis—or, shall I say, his lack thereof.

I will launch a full-scale critique of Dr. Parker’s “argument” another time. For the time being, I will limit my critiques to something that Dr. Parker referred to ad nauseam and claimed to promulgate: truth.

Context: In the prologue to his book, Dr. Parker writes that he is constantly “travelling the country like a twenty-first-century Saint Paul, preaching the truth about reproductive rights…” (Parker, 2017, Life’s Work, pg. 5). I confess that, when I first read those words, I physically cringed, irked by the fact that Dr. Parker seems to think so highly of himself and his work that he felt entitled to compare himself to the man who is credited with writing 13 books of the Bible, the most influential book and the bestselling book of all time. Forgive my less biased perception of Dr. Parker, but I have a hard time seeing the comparison.

There is, however, an equally problematic reference that Dr. Parker makes in that same quote. It is his reference to “the truth about reproductive rights”. For someone who writes “I don’t believe in moral absolutes” and “I don’t think of the world in terms of good and evil”, Dr. Parker sure speaks a lot about “truth” (Parker, 2017, Life’s Work, pg. 195 and 202). Unfortunately, the “truth” he speaks of was shockingly, frequently untrue. (Perhaps this is reflective of his unbelief in “moral absolutes”—perhaps “truth” is as malleable, inconsequential, and subjective for him as morality seems to be.)

The first time I found a statement that is objectively, verifiably untrue in Dr. Parker’s book, I was immediately incensed and deeply disturbed. In the middle of the chapter of his book ironically called “Preaching Truth”, Dr. Parker makes the following assertion:

A full-term pregnancy lasts forty weeks, on average. And up until at least twenty-two weeks, the fetus is not “viable.” That is, it cannot—it will not—survive outside the uterus, not with the assistance of medical technology, as in a respirator, and not with the spiritual support of earnest and hopeful prayer. Not ever. Up until twenty-two weeks, fetal development is insufficient to sustain life. A baby born at that gestational age cannot breathe. Its body weight cannot support life. Its skin is permeable. The antis may want to call a twenty-two-week fetus a “person,” but if born, it will die (Parker, 2017, Life’s Work, pg. 150) [emphasis added].

(As an aside, note that Dr. Parker is making the peculiar and weak claim that the supposed inevitability of a premature child’s death means that he or she is not a “person.” At the risk of spoiling a future blog post that I will write on this statement and Dr. Parker’s similarly cringe-worthy “analysis”, let me state unequivocally right now that, if the inevitability of death is grounds for denying the preborn child personhood, then no living human is a person, since we will all eventually die. Dr. Parker is arguing in this section that life does not begin at conception and, by extent, that the human fetus is neither alive nor valuable. He is arguing this on the grounds that the child’s viability and survival are still in question. Let me simply ask this question: How can someone die if they are not alive? Rest assured, I shall return to this tragic—dare I say, non-viable—line of reasoning in a future blog post.)

But, for Dr. Parker, the truth seems to be irrelevant. This may seem unnecessarily harsh; however, as someone who cares deeply and personally for actual truth, I think the severity of my critique is justified because of how verifiably untrue Dr. Parker’s claims are.

As it so happens, I have looked into viability before, and so I knew with certainty that Dr. Parker’s claim that no child born at twenty-two weeks can ever be viable is demonstrably untrue. Premature children born before twenty-two weeks have survived with medical assistance. For many years, the youngest recorded preemie was James Elgin Gill, a Canadian man born in 1988. He was born at a mere 21 weeks and 5 days, setting a record as the world’s most premature baby. However, in 2017, USA Today reported that a new record was set by a baby girl who was born at just 21 weeks and 4 days. And then there is Amilia Taylor, born in 2006 in the United States at just 21 weeks and 6 days.

Each of these individuals—born before twenty-two weeks gestation—is living proof that Dr. Parker’s seemingly reliable statements and bold declarations of “cannot”, “will not”, and “not ever” are little more than reckless overstatements that he made to support his pro-abortion position about “viability”. With a simple Google search that took me less than two minutes, I was able to find three cases that contradict Dr. Parker’s assertions and demonstrate that premature children born before twenty-two weeks can, in fact, survive outside of the womb with medical support. And yet, because Dr. Parker is a doctor, his falsehoods carry an air of reliability and professionalism, and have been dispersed en masse to the public. I am grieved by the knowledge that there are likely now hundreds and thousands of individuals around the world who have innocently placed their trust in Dr. Parker, expecting to receive the truth, and, through no fault of their own, have accepted his flagrant falsehoods as scientific facts.

This was not the only factual inaccuracy in Dr. Parker’s book. Contradictions abound. Take, for instance, Dr. Parker’s discussion of pro-life legislative measures that have recently been enacted in the United States. On page 146, Dr. Parker writes:

Bills proposing that fetuses are people have come before legislatures in at least twenty-eight states. None have passed [emphasis added].

A mere eight pages later, Dr. Parker directly contradicts himself in his discussion on fetal personhood and related legislation, where he states:

In 2016, “personhood” bills were introduced in Alabama, Colorado, Mississippi, Rhode Island, Iowa, Maryland, Missouri, South Caroline, and Virginia. The only state in which such a bill has passed has been Kansas, which in 2013 affirmed the Pro-Life Protection Act, declaring that “life beings at conception.” [emphasis added].

Note that, in a few short pages, we have gone from every single bill “proposing that fetuses are people” failing to “such a bill” passing in Kansas. Once again, Dr. Parker demonstrates that his view of truth is like his view of morality: lacking absolutes and free to toss around, manipulate, and twist to suit one’s personal or rhetorical preferences.

There is one final factual inconsistency that I will expose before I leave this preliminary element of my critique of Dr. Parker’s demonstrably defunct “argument”. On page 117, Dr. Parker repeats the same, tired rhetoric that “[t]he Bible does not contain the word ‘abortion’ anywhere in it” in a pitiful attempt to justify abortion through a Biblical worldview. And yet, on page 207, he writes:

In my view, the only Christianity that mandates an anti-abortion view is an emotion-based faith—a rigid reading of Scripture that invites no questioning or interpretive consideration [emphasis added].

Now, I will save my comments about Dr. Parker’s so-called “Christian” faith for a later blog post. For now, I would simply like to point out the completely contradictory nature of asserting that the Bible is (a) completely void of any commentary on abortion whatsoever on the one hand, and then (b) asserting that only a literal, “rigid reading” of the Bible could result in a Christian coming to a pro-life worldview on the other hand.

After reading his book, my conclusion is that Dr. Parker’s only contributions to the abortion debate are slightly more articulate versions of the same illogical, contradictory, factually-flawed mantras and slogans that already contaminate what could otherwise be rational, scientific, intellectually-honest conversations on the subject of abortion. If anything, his willingness to wield his professional credibility in defence of this unprofessional nonsense and throw his weight as a doctor around in order to convince people of the credibility of the blatant falsehoods he has peddled is the only additional damage that Dr. Parker has done—and, believe me, it is damage he has done to his own side, not to the pro-life community.

Dr. Parker may care a great deal about the practice of abortion. But of objective, verifiable, absolute truth Dr. Parker seems to care very little.

With that, I shall move forward in my critique; my next post will examine a premise central to his rhetoric: the merger of his dubious Christianity and his intellectually vacant “moral argument for choice.” 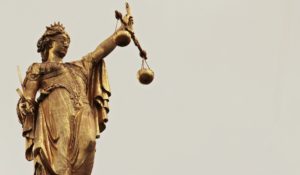