You are here: Home / All Posts / If you believe in prayer… 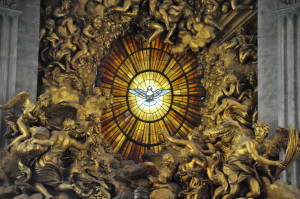 ..now’s the time to put your belief into action. Peter Ryan, the executive director of New Brunswick Right to Life is asking for prayer today, as the NB Legislature debates abortion.

The new Liberal premier, Brian Gallant, has promised to strip New Brunswick of every last shred of protection for women seeking abortion in the province by January 1st, but the Conservatives have decided to not allow any changes until the Legislature has had a chance to debate the issue.

The notice of motion was introduced by two women PC MLAs, Dorothy Shephard, and seconded by  Jody Carr.  It reads:

Be it resolved that the Legislative Assembly urge the government to cause any changes to abortion services that it has adopted or intends to adopt to be the subject of a debate in the House, and to delay implementation of those changes until that debate has occurred.

Thank you to these women for at least recognizing the democratic process.

The January 1st change would mean tax-funded abortion on demand in NB hospitals, a historic policy change, with a likely gradual but steep increase in the abortion rate.

According to Ryan, today’s debate could go to an unlikely vote – it would certainly take a miracle, hence the request for prayers.

Today an all-important debate on abortion policy will take place in the NB Legislature, initiated by the Tory opposition. They could push for a vote on the issue (the government is not obliged to vote on this, as the policy change in Regulations (not legislation) is due to take place through an Order-in-Council under the cabinet’s direction). If a vote does take place, that likely has to happen by this Friday, when the Legislature is likely to recess for Christmas.

If a vote were to take place, the results could be interesting. About 10 of the government’s MLAs (out of 26 total) have pro-life leanings, and if 5 of them were to jump ship the outcome of the vote could be favorable!

I therefore turn to you and the national pro-life community for spiritual help at this time. Perhaps you could remember us in prayer over the coming hours and couple days. Thank you so much.

For more information on this issue, see the LifeSite breaking news article here.