You are here: Home / Archives for Afghanistan

This story is bleak. Very bleak.

KANDAHAR, AFGHANISTAN — In a country where many crimes against women are still swept under the rug, the case of a 14-year-old girl whose baby was allegedly aborted by her mother and brother using a razor blade has outraged doctors and human-rights workers.

The girl is in critical condition in a hospital at a U.S. military base after, officials said, her brother and mother lured her into a backyard shed, used a razor to cut her abdomen and removed the fetus.

But are we to believe the outcome would have been different were abortion “safe and legal”? I really don’t think so. If abortion were legal—nothing would have changed—you would have still had a society sweeping a girl’s problem under the rug, but doing it in a more sanitary fashion. I also can’t get away from the word “lure” in the report. Was the abortion against her will? And that happens in our own sanitary conditions more often than we care to admit. Bottom line: it’s a tragic situation, and that wouldn’t change with the legality of abortion.

Brigitte is shaking with horror: Good grief. A woman cuts her own daughter’s belly open to remove her own grandchild, probably because the pregnancy was a stain on the family’s honour, and people worry about the occupation? 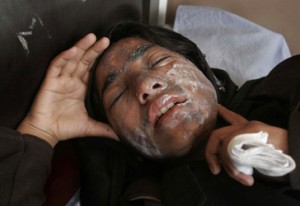 KANDAHAR, Afghanistan — Afghan police have arrested 10 Taliban militants involved in an acid attack this month against 15 girls and teachers walking to school in southern Afghanistan, a provincial governor said Tuesday.

The attackers squirted the acid from water bottles onto three groups of students and teachers walking to school in Kandahar city on Nov. 12. Several girls suffered burns to the face and were hospitalized. One teenager couldn’t open her eyes days after the attack, which sparked condemnations from around the world.

Girls are attacked for going to school. Teachers are attacked for teaching girls. Because they are girls, and because in this retarded culture girls are only good for sweeping floors and generally uphold the family’s “honour” by not stepping out of the house unless covered from head to toe and accompanied by a male relative. Yet girls in the area continue to go to school anyway. These kids are more brave than any of us. The least we can do is add our voice to those demanding harsh punishment for the criminals who think nothing of burning their faces.

One of the attack’s victims, a teacher named Nuskaal who was burned through her burqa, called Tuesday for a harsh punishment for the attackers.

“If these people are found guilty, the government should throw the same acid on these criminals. After that they should be hanged,” said Nuskaal, who like many Afghans goes by one name.

President Hamid Karzai earlier this month called for a public execution of the perpetrators.

I say: Anything that would help stop those attacks works for me. You? 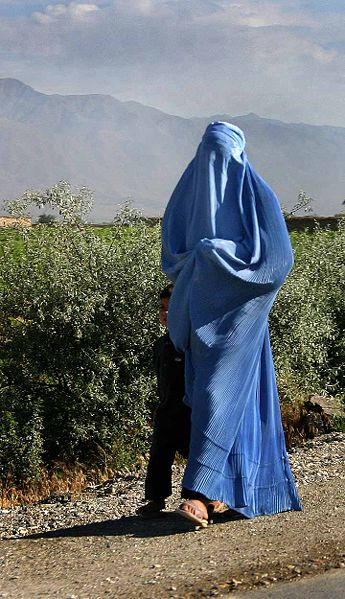