You are here: Home / Archives for elementary 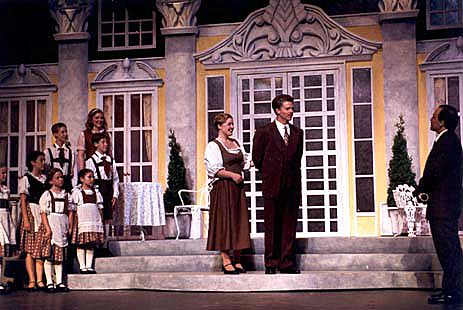 My children Liesl and Kurt are in the same split 5/6 class in school. Liesl and Kurt are pseudonyms: since they sing a mean Sound of Music, I decided to dub my children with their singing part which is more or less age-appropriate and also reflects their birth order and personalities. Because they are my oldest children, Liesl and Kurt are the family’s guinea pigs. Age-appropriate parenting is not the only thing my husband and I experiment on Liesl and Kurt, we also discover new realms of peer interactions at every turn. Enter dating, crushes, flirtation and match-making… Did I mention this was a grade 5/6 class?

Since we shamelessly monitor our family email account, we already had an inkling of the underage equivalent of “Merlot and email don’t mix.” But I have to ask you what I asked Kurt and Liesl – who, I should mention, don’t have mates but associate with people who do – “What on earth are grade 5 kids doing with a boyfriend/girlfriend?” And this I mean both conceptually and practically.

What troubles me, above and beyond wondering how kids get such ideas, is the effect of these pint-sized soap operas on class dynamic. Liesl was up late yesterday evening worrying about recess. She told me: “Nobody plays anymore. Instead, they huddle in their little corners commiserating about their broken hearts and bad-mouthing whoever dumped them.” She concluded: “Playing tag is no fun with 2 players.” So there you have it: little cliques of broken-hearted 10-year-olds who can’t play tag if that other clique is also playing ‘cuz that would be disloyal. The drama has somehow percolated to the younger grades, meaning that Martha and Brigetta are also acquainted with such delicious morsels as whether or not Nick kissed Jen on the bus ride back from ski club. Supper time conversations at my place sound increasingly like a clip from Entertainment Tonight and I don’t mean this as a compliment.

Brigitte is: Quite horrified by these stories and does not mind sharing the goat crown.

Rebecca goes off to reread Wendy Shalit, but first adds: I’m going to enter the bidding for the Crusty Old Goat crown this week, too! Seriously, I’ve seen all too many examples of this, and it makes me contemplate homeschooling and/or single sex schools.

But really, what do we expect when we wallow in today’s popular culture? When 5-year-olds watch prime time television (which they don’t in my house) and see the sexual behaviour that is now considered unworthy of comment, it’s so common, why is it surprising that they think that normal behaviour includes sexual innuendo, kissing, hand holding, and, especially for little girls, the kind of hip-wiggling walk and coquettish behaviour that was in the 19th century literally the province of prostitutes?

Tanya wonders: Can I send my daughter to school in the 19th century? Do they do that?