You are here: Home / Archives for Nick Hornby 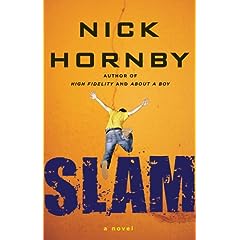 I just finished Nick Hornby’s Slam, a “teen fiction” novel in which a teenage boy gets his girlfriend pregnant. I’m a big fan – I even like the movie they made out of High Fidelity, even though it is not (or ought not to be) properly “teen” fiction. Lots of swear words and other vulgar things – like in this scene, here.

Anyway. None of that in Slam. Just a touching story very nicely written. At some point, the girlfriend, Alicia, has “the” conversation with her mother about whether she should keep the baby. It doesn’t last very long:

So you don’t know what you think yet, do you? You can’t possibly know whether you want to keep it or not.”

“I’ve been reading about it on the Internet. It’s a baby.”

“I wondered where you’d been getting this stuff from,” she said. “Listen, the people who post things on the Internet about abortions, they’re all evangelical Christians, and –”

“Doesn’t matter what they are, does it? Facts are facts,” said Alicia.

As I said, a terrific read. Not preachy at all. Just, you know, real.