You are here: Home / Archives for Roe v. Wade

For people who care about these things, there’s been a bit of a dialogue in the blogosphere over the comparison between slavery and abortion of late. It all started with this initial comparison piece here, and resulted in a rebuttal here, which caught my eye for this statement:

First of all, to be brutally candid, it [the comparison between slavery and abortion] trivializes abortion. Evil as slavery was in practice (especially in its American variety, which broke up marriages, sold off children, and discouraged religious preaching to blacks), it was never remotely as evil as abortion. It amounts, in essence, to the theft of labor—and theft isn’t quite as evil as killing. Of course, one could rightly see it as “defrauding the laborer of his just wages,” and thus a sin that cries out to heaven for vengeance, which would put it in the same category as voluntary murder.

Finally, I choose today to comment on the rebuttal to the rebuttal–which caught my eye for this sentiment which remains encouraging to me, as it should to all who strive for each life to be recognized as worthy:

But the pro-lifer/abolitionist analogy is just that: an analogy that is imperfect and inevitably breaks down somewhere. To my mind, it works best as a cause for encouragement among pro-lifers: If abolitionists could succeed against a moral evil with such deep roots in law, custom, and culture as slavery, they should have some hope of overturning the abortion regime of the past 36 years.

Off to rent Amazing Grace, again.

Brigitte says: Forgive me for barging into a delicate debate with clumsy clodhoppers, but it seems to me the important connection between slavery and abortion is that both deny the full humanity of human beings. It’s the same connection I see with the Holocaust and any genocide you care to mention. When a society accepts that some of its members aren’t fully human, all sorts of evil things happen – including that it makes it possible for otherwise normal and decent people to do bad things and get away with them, at least in the strict legal sense.

Tanya has to agree with Brigitte: It is a denial of the human rights of a human being. That is the parallel. Watching the Prince of Egypt with my daughter yesterday, I couldn’t help but again be reminded that the root cause of atrocities against humanity is always someone, somewhere, believing his rights supersede anyone else’s.

Can you imagine Canadian politicians discussing abortion like this?

Senator McCain, you believe Roe v. Wade should be overturned. Senator Obama, you believe it shouldn’t. Could either of you ever nominate someone to the Supreme Court who disagrees with you on this issue?

We should try to prevent unintended pregnancies by providing appropriate education to our youth, communicating that sexuality is sacred and that they should not be engaged in cavalier activity. And providing options for adoption and helping single mothers if they want to choose to keep the baby.”

That does not sound like what a Planned Parenthood advocate should be spouting. Lest we forget…

It’s like Christmas in March. The state of Virginia voted this week to cut Planned Parenthood’s funding.

This amendment is not intended to save money,” complained an opinion piece in the Commonwealth Times. “It is a way for lawmakers to get around Roe v. Wade, the Supreme Court case that made abortions legal in the , without directly confronting the constitutionality of the decision.

Bingo.  And we could all learn from that.

(In Canada, Planned Parenthood receives government funding too. Read about their profit margin in the States, here. They make enough money without government grants.)

Update, March 19: No Christmas in March after all. The Senate overturned the legislature’s removal of funding for Planned Parenthood. Read about it here. 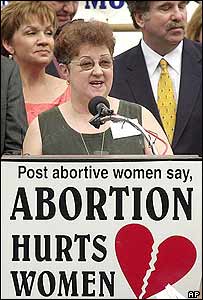 If you have not heard of McCorvey v. Wade, that’s because the case is called Roe v. Wade. Jane Roe is Norma McCorvey, who in 1973 would fight the case that would give a “moderately pro-life nation the most anti-life abortion law in the West.”

I am also developing a theory–that many 1960s feminists were raised by intact families and never partook in the activities they now recommend. This develops further when you consider McCorvey never had an abortion.

I began thinking about my theory when Margaret Wente published “Summer of Love was the best of times.” In the article she describes that wonderful 1960s zeitgeist… You know, free love and all that jazz. Only that she didn’t experience any, er, free lovin’ herself.

Susan was the only girl I knew who might not have been a virgin, and I envied her audacity and her carnal knowledge. I invited a boy named Jack, a romantic, sweet-natured redhead who seemed to be madly in love with me. I was filled with equal parts of hope and fear that something dangerously illicit might happen…

I wish I could tell you that Jack and I had sex. We did not….A few weeks after my trip to Expo, I started university. To my amazement, almost everyone in my class was still a virgin.

So how many of our mentors and elders went on to advocate for dangerous behaviours they themselves never experienced? The irony.

Rebecca adds: I’ve noticed this “do as I say, not as I did” attitude a lot among the boomers. I’m thinking of some well-intentioned women I know of that generation who see no disconnect between the choices they champion for children writ large (unrestricted access to abortion, with of course no parental consent or notification, freedom to have sex from an early age, and so on) and how they raise their own children (often providing them with religious education that specifically discourages premarital sex, encouraging, if not abstinence, at least waiting until adulthood, and in horror of the prospect of ever having an unplanned pregnancy.) If you’re horrified at the thought of your own teenager having sex, or an abortion, why is it good enough for other people’s children? If you had more self-respect than to behave that way, why shouldn’t young women today?

I’m not sure they’ve helped the pro-life cause though. I wonder what the poor souls who had to make these plastic babies thought: A rapid increase in demand for fetal development education in the U.S.A. perhaps?