You are here: Home / All Posts / The danger of a single “anti-choice” story

“Show a people as one thing, as only one thing, over and over again, and that is what they become.” – Chimimanda Nzogi Adichie

Recently, thanks to a video that was circulated around on Facebook, I was re-introduced to the work of Chimimanda Nzogi Adichie, a renowned Nigerian author and feminist. I had first studied her work during my days in feminist academia. This is where I first learned about her idea of the single story.

In simplified form, Nzogi Adichie’s idea of the single story is this: when media, popular culture, and other societal forces work together and create a single story, a monolithic representation of an entire group of people, the nuance and heterogeneity that exists within the group is erased and they become known by that single story and only that single story.

If we take a moment to pause and consider the world we live in today, we will realize that single stories are being sold to us every day by news outlets, social media, and any individual who has a vested interest in targeting and undermining a specific group of people.

I see this happening to political groups and religious groups, racial minorities and sexual minorities. And, to some extent, these single stories are being noticed and exposed. However, there is a single story that I see perpetuated in almost every area of mainstream society. This is the single story about pro-life or “anti-choice” individuals.

All “anti-choicers” are, as the name suggests, anti-choice. They do not care about life, but rather only care about limiting women’s reproductive freedoms and controlling women’s bodies. “Anti-choicers” are almost exclusively old white Catholic men who shake signs in women’s faces and scream that women who have abortions are murderers. They are all sexist and misogynistic creeps who refuse to respect women’s bodily autonomy, and they only really care about children until they are born. “Anti-choicers” are heartless and compassionless, not to mention deceptive, ignorant, and hateful. In short, they are horrible people. All of them.

The truth of the matter is that the pro-life community is comprised of millions of diverse individuals who differ in culture, gender, race, class, sexuality, ethnicity, nationality, and religion. For example, despite being rather small at the time, the pro-life club at my university was comprised of students who stand in stark contrast to the “old, white, Catholic man” stereotype that the single “anti-choice” story perpetuates. We had students who were secular/atheistic, LGBTQ2+, Muslim, and racialized/people of colour. Most of our club members were also female students.

The problem with the single “anti-choice” story is that it fails to represent the beauty and diversity that exists within the pro-life movement. Instead, it creates a fraudulent representation of “anti-choicers” and projects that on all pro-life individuals. The end result is that mainstream society develops a false understanding of the pro-life community, remains ignorant and blind to the reality of who pro-life people are and what they represent, perpetuates this deceptive discourse using everything from university professors to media outlets, and then uses this ignorant, deceptive, and monolithic representation of “anti-choicers” to justify perpetrating hatred, aggression, and violence against pro-life individuals.

The single “anti-choice” story has been used to justify the recent Bubble Zone legislation in Ontario that limits free speech for pro-life individuals (which was justified by claiming that “anti-choicers” are all violent).

The single “anti-choice” story has also been used to argue that physicians and healthcare providers who have religious/moral objections to providing certain services (such as abortion and birth control) should be forced to go against their convictions and provide the services. This is justified because “anti-choice” physicians and healthcare providers are viewed as being religious fanatics who are trying to force their beliefs on other people, which follows the faulty depiction of all “anti-choicers” as Catholic (or even just religious). Unfortunately, there is no space made for the truth, which is that pro-life physicians and health care professionals are autonomous men and women from a variety of religious or secular backgrounds who choose, for personal, professional, or religious reasons, not to engage in certain practices/provide certain services (and who have a constitutionally protected right to do so, according to the Canadian Charter of Rights and Freedoms).

The single “anti-choice” story fuels confusion, misinformation, and deception. It creates division, isolation, and polarization. Perhaps more than anything else, it breeds stupidity, idiocy, and ignorance. By creating a two-dimensional, monolithic representation of pro-life individuals, pro-abortion pundits are able to avoid answering difficult questions, engaging in constructive conversation, and addressing important concerns that pro-life people raise when discussing the issue of abortion (and other issues that fall within the pro-life worldview). Not only is this lazy, but it actually does a disservice to the pro-abortion camp.

The single “anti-choice” story creates a generation of ignorant, uneducated, radical pro-abortion activists who have memorized meaningless rhetoric but lack arguments with substance. And, when we consider the importance of the abortion debate in protecting human rights, addressing crisis pregnancies, and supporting women in need, this ultimately harms the men, women, and children whose lives are affected by abortion is life-altering (and life-ending) ways.

This must stop. We must put an end to the single “anti-choice” story, not only by holding pro-abortion groups and mainstream media outlets accountable, but also by actively contributing to the multitude of diverse pro-life stories that exist internationally.

So if you are a pro-life individual, stand strong. Be proud of your pro-life stance. Share your story. And let the diversity of the pro-life movement be seen. 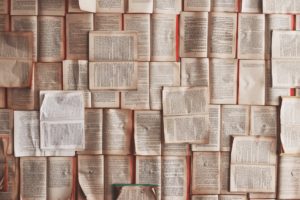