You are here: Home / All Posts / Victoria’s March for Life and Mommy forums

I had the pleasure of participating in the March for Life here in Victoria last Thursday. I’ve heard that the numbers were close to 2000, the largest turnout yet. I also noticed that there were fewer counter-protestors than previous years (and they were less effective as well).

The most interesting result I saw from the March, however, wasn’t out and about. It was afterwards when I got home, logged into Facebook, and looked in one of my “mommy” groups. One of the women in the group had posted a bit of a rant about how angry it made her, and many other women had jumped on board. There was just one woman defending the pro-life cause all by herself. What strikes me is that here in Canada, we’re told that the debate over abortion is over, however, the debate in this forum has been going on for literally four days now. Even the most dramatic posts rarely last more than a day, so this is what I might describe as (am I really using this word?) . . . epic.

As time as moves on, more women have come out and thrown in their two cents, but other pro-lifers have also come out of the woodwork, which has been encouraging (and surprisingly civil). The best part is that people are actually talking about it, and people who wouldn’t usually listen to the pro-life side are, in a sense, being forced to listen. I don’t know if any hearts are being changed, but I hope that at least a few seeds have been planted. (It has also been helpful for dispelling a lot of misinformation about the March.) The debate is not over (still).

So, back to the subject of the March for Life, here are some of my photos from the event: 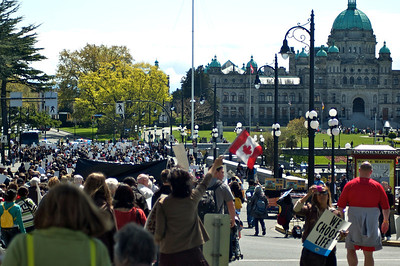 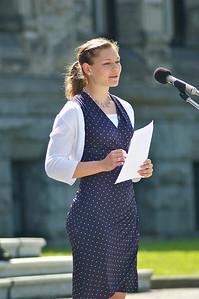 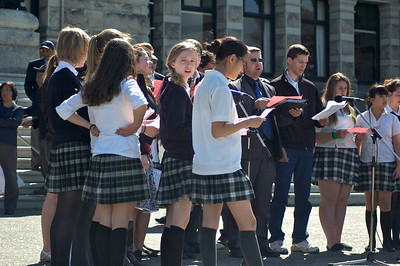 More photos can be found at the Victoria March for Life website or facebook page (both pages contain the same photos).