You are here: Home / Archives for sex selection abortion

Sex selection abortion in China has come up again. This of course happens in Canada too and there’s nothing we can do to prevent it, so long as choice mantras dominate the debate. We prefer not to discuss it, because we’d be forced to acknowledge that there are public ramifications to abortion. If we discussed it, we’d also be forced to admit there are indeed very bad reasons for having an abortion. And apparently acknowledging one bad reason to have an abortion topples the whole house of cards. So let me ask the question we are actually asking by remaining silent: Who really cares about 32 million missing women, anyway? (China is far away, and this is not our problem.)

Sweden is quite consistently (and falsely, I might add) portrayed as the home of gender equity. So this report on sex selection abortion  may shock some. But not me. We know this is happening in Canada, so why not Sweden?

The only slight reference we have to the fact that the mother may be from elsewhere is this:

In part, I wonder if a caregiver within the public health system has the right to make reference to their own views and the dominant view in our country about gender’s equal value, in preventing a patient, with perhaps a different valuation, from learning the gender of the fetus,” he writes.

If they said sex selection abortion was wrong–well, all hell would break loose. Quite literally, by their own description:

Media campaigns to discourage sex-selective abortions sometimes take on imagery that condemns or vilifies all abortion services: television and print advertisements feature well-formed fetuses left in wells, lakes and drains; billboard ads use “feticide” and other loaded words that personify the fetus. In parts of India, fundamentalist religious leaders are also becoming actively involved with the sex-selection campaigns and are using for the efforts as a tool to restrict abortion for any reason.

The effect of these campaigns is that obtaining legitimate abortion services can be more difficult for the women who already have difficulty accessing safe services: poor, rural, and less educated women.

Correction: The effect of these campaigns would mean they’d be out of a job and more women would… live. So please, keep killing off your girls–just lay back and think of “women’s rights.”

(Thanks to C-FAM for publicizing this story.)

Don’t get me wrong, I think aborting a baby because it’s the “wrong” sex is appalling – but no more so than any other elective abortion.

Andrea adds: Totally agreed, Rebecca. But I find the lengths to which feminists will go to protect abortion over and above absolutely anything else quite astounding. A missing female demographic–pshaw. Nothing compared to losing “abortion rights,” right?

Pro-lifers are frequently chastized by pro-choicers as being “behind the times.” I’d suggest we are really quite far ahead. In any event, get ready for that closed-issue, divisive abortion debate to be in the public square a whole lot more often. Richard Bastien says in the Ottawa Citizen today that in questioning sex selection abortion, Ujjal Dosanjh, Liberal MP for Vancouver South, is challenging our elite political culture (he may not know it, but he is), which says that abortion is private and we can never, ever question it. Except that he is, if only in cases where the baby is a girl.

Canada’s Supreme Court has even gone so far as to declare that a baby is entitled to legal protection only once he is completely out of his mother’s birth canal, which means that as long as so much as one of his toes is still linked to his mother, the doctor may, with her consent, chop off the infant’s head with total impunity. This is the Canadian way. What is being questioned, in short, is a basic tenet of our contemporary political culture.

Tanya corrects Bastien: Well, Section 238 of the CCC prohibits partial birth abortion. So, no, more than the toes need to be inside the mother, or else it is homicide.

Andrea read the Criminal Code and Section 238 says this:

Every one who causes the death, in the act of birth, of any child that has not become a human being, in such a manner that, if the child were a human being, he would be guilty of murder, is guilty of an indictable offence and liable to imprisonment for life.

“…any child that has not become a human being… if the child were a human being…” Gosh. Must take a high falutin’ law degree or somethin’ to do those mental calisthenics.

Véronique concurs: Yes, indeed, I pride myself in having reached this higher degree of academic education that allows me to see human beings not yet human beings as if they were human beings. This is why we have entrance selection in law school, 100% end terms and bar exams. It protects the profession from the kind of shallow thinking that would see any child not yet a human being as being human… but smaller.

Brigitte worries about herself: I somehow managed to get a law degree and I still don’t get what S. 238 means. What kind of bizarre person does that make me?

We’ve mentioned a few times already (see here and here) that it was somewhat odd for someone like Ujjal Dosanjh to be in favour of the abortion status quo yet against sex-selection abortion. Here he is again explaining his position, in today’s Ottawa Citizen.

While we firmly support a woman’s right to choose as paramount, there is a clear distinction to be drawn between supporting access to safe abortions, which we vigorously defend, and the abortion of fetuses solely to prevent the births of female babies due to biased socio-cultural norms, which we abhor.

I don’t see the “clear distinction”, and I sure don’t think it’s OK to see choice as “paramount”. I believe it’s wrong to discard “inconvenient” babies, regardless of the reasons why such babies are considered inconvenient. But hey. Better oppose some abortions than none at all. 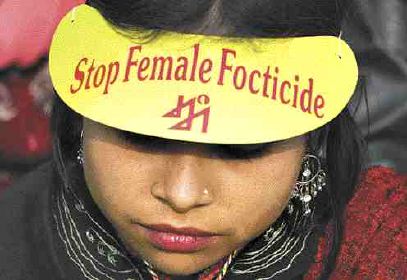 Let those women (and the girls in the womb?) debate it–in their own minds.

Read about your right to accurate sex selection–for purposes of abortion– here.

…Eventually, we’ll establish rules to ensure the safety and efficacy of fetal sex tests. At that point, we’ll declare them adequately regulated. That’s how a taboo begins to die…

Sex selection abortion–if only we could make it safer, more reliable. Avoid the pain and distress of a false gender test result. Just imagine what those couples must suffer.